How to Make Your Household Free of Plastic

Most New Year’s resolutions are centered around losing weight/getting in shape, getting a new job, saving money, quitting smoking, and spending time with family. These are all respectable ways to improve our lives as we turn a new year filled with hope and changes for a brighter future. However, I want to suggest a New Year’s resolution that is a little different, but has wide-reaching, positive and life-saving effects on us and the rest of the world. Resolving to stop using plastic of all kinds. Some of the reasons why and some of the ways we can do this are outlined below.

In my book, Mood, Food and Gratitude: Healing from the Way We Think (Balboa, 2016), I wrote that the human species is quite possibly the most destructive force on the planet. Sadly, in the last 60 years, human behavior has had a deleterious effect on the health of the planet at levels not seen in the past 10,000 years. This translates into the possible obliteration of land and ocean life, including the human race itself.

There are many ways humans are killing the planet, but one of the most dangerous ways is through our use of plastics.

(I’D LIKE TO THANK THE ECOWATCH.COM AND BIOLOGICALDIVERSITY.ORG WEBSITES FOR THE USE OF THE ABOVE STATISTICS. IF THERE IS A HYPERLINK, PLEASE FEEL FREE TO CLICK ON IT AND IT WILL TAKE YOU TO MORE INFORMATION TO HELP YOU UNDERSTAND THE WIDE, HARMFUL EFFECTS OF PLASTICS IN THE OCEANS.)

Micro-plastics can also be found as microbeads in makeup, soaps, and other such products. These wash down the drain and into our water system, eventually carried into the lakes and oceans, again, ending up as mistaken food for ocean life and then in us. The problem of plastics in the environment is one that can be solved and we are just the people who can solve it.

WHAT CAN WE DO?

The power of the people to affect positive, life-saving changes in the world is immeasurable and unlimited. We can work together on a global and a local level. A number of countries in the world have already completely banned or charge a premium for lightweight plastic bags. See the list of those countries below:

Each one of us is part of a massive collective that can create shifts that either harm or heal. This applies to ourselves, our children, pets, all animal and plant life, the lakes, and oceans. If we have created these problems on the planet with plastic, and whether our governments ban plastic bags or not, we have the power to heal the planet by no longer using plastics on an individual level. Locally, each of us can resolve to take the following steps.

HOW YOU CAN RID YOUR HOME OF PLASTIC

Becoming aware of the issues involving plastics and the detrimental effects they have will help each of us find better products to use and encourage us to change the way we do things now. For every plastic bag that doesn’t end up in the lakes and oceans, another dolphin or seal life is saved. Keep your current resolutions, but consider adding an extra one that will last throughout the years. No longer using plastics! 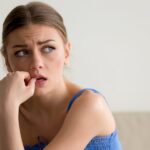